FFE Magazine > Life and Lifestyle > Health > Back from the dead, is it possible?

Back from the dead, is it possible? 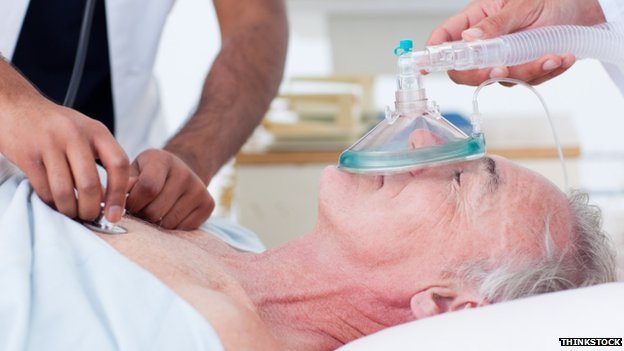 Doctors say people can be revived several hours after they have seemingly died. Should this change the way we think about death?

“I know it must have been a Friday around lunchtime, because we’d got back from shopping,” the 63-year old says. “I can’t remember getting out of the car.”

Her husband David has much clearer memories of that day three months ago. He opened the front door of their Wiltshire home and saw Carol lying down, gasping for breath, the colour rapidly draining from her face.

Carol had had a cardiac arrest – her heart had stopped beating. Luckily, an elderly neighbour knew the rudiments of cardiopulmonary resuscitation (CPR) and quickly began to work on her chest.

Paramedics soon took over, and at a point between 30 and 45 minutes after her collapse – no-one noted the exact time – Carol’s heart started beating again. 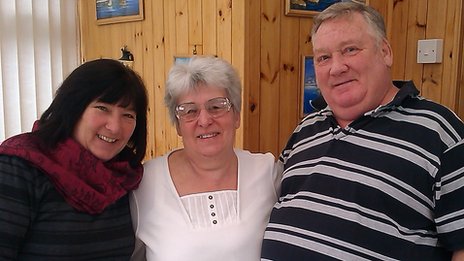 Maxine and David thought they had lost Carol (centre) twice

“While 45 minutes is absolutely remarkable and a lot of people would have written her off, we now know there are people who have been brought back, three, four, five hours after they’ve died and have led remarkably good quality lives,” says Dr Sam Parnia, the director of resuscitation research at Stony Brook University in New York.

Most people regard cardiac arrest as synonymous with death, he says. But it is not a final threshold. Doctors have long believed that if someone is without a heartbeat for longer than about 20 minutes, the brain usually suffers irreparable damage. But this can be avoided, Parnia says, with good quality CPR and careful post-resuscitation care.

He says it is vital that chest compressions occur at the right rate and force and that patients are not over-ventilated. CPR would be considerably prolonged, with machines doing the work.

Doctors also have new ways to care for patients after their hearts have been restarted. As Parnia explains in his new book the Lazarus Effect (the US title is Erasing Death), after the brain stops receiving a regular supply of oxygen through the circulation of blood it does not instantly perish but goes into a sort of hibernation, a way of fending off its own process of decay.

The process of “waking up” this hibernated brain may well be the riskiest time of all, since oxygen can potentially be toxic at this stage. The effect, Parnia says, is like that of a tsunami following an earthquake, and the best response is to cool patients down, from 37C to 32C.

“Cooling therapy, the reason it works so well, is that it actually slows down brain cell decay,” says Parnia. This is where Carol Brothers was again in luck.

After her heart was restarted, she was put on a helicopter where a doctor cooled her down using the frozen food she had just bought at the supermarket.

She was ultimately put in the care of Dr Jerry Nolan, an intensive care consultant at Bath’s Royal United Hospital. This was yet more luck – Nolan co-wrote best practice guidelines for the UK Resuscitation Council, which he chairs.

By this time, Carol was in a coma. As the next few days passed, none of the signs were good – seizures and ominous EEG scans indicated that she might be brain dead. It looked like she had survived the earthquake but been left devastated by the tsunami.

On the Monday following Carol’s collapse, Nolan advised David and his daughter Maxine that the kindest thing might be to allow Carol to die. They agreed.

But when Maxine visited the hospital again three days later she found her mother awake and looking around. “She said three little words to me,” recalls Maxine. “She said: ‘I’m coming home.’ It was a little tiny faint whisper.”

Cooling therapy is changing everything. Whereas Carol’s seizures and low brain activity would once have been seen as unambiguously bad signs, such symptoms may be compatible with a good recovery. “We’re much more uncertain than we thought we were,” says Nolan, adding that research groups across the world were urgently looking at cases like Carol’s to draw up new guidelines.

Parnia says the guidelines already in circulation are not routinely enforced by hospitals. “Carol was very lucky that she ended up in a hospital with such an eminent expert,” he says. “In the US and the UK there is absolutely zero regulation regarding the quality of care that somebody like Carol should receive.”

Nolan stops short of saying that Carol was brought back from the dead. Hospitals do not declare death, he says, until they have ruled out all processes that can be reversed. However, he agrees with Parnia that our concept of death needs updating.

“We used to think death was a sort of sudden event – we stop the oxygen going to the brain and after a few minutes that was that. But actually, we know that the dying process at the cellular level goes on for a period of time.”

Should CPR go on for longer? 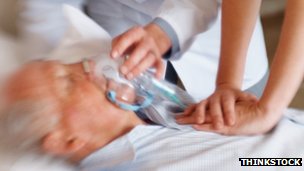 A study in the Lancet last year looked at 64,339 cases of cardiac arrest in US hospitals.

The median length of CPR in patients who were not revived was 20 minutes.

8.4% of patients who were well enough to be discharged had received CPR for over half an hour.

There was no significant increase in the likelihood of brain damage at hospitals that continued CPR for longer.

Dr Jerry Nolan says longer CPR is not always appropriate – it depends on the patient.