FFE Magazine > Life and Lifestyle > Travel > Destinations > CHRISTMAS IN THE PHILIPPINES: Your What and Where Guide – Part 1

CHRISTMAS IN THE PHILIPPINES: Your What and Where Guide – Part 1

At discounted rates of Php 500 up to Php 900, everyone can catch the exciting marine life attractions and watch the fantastic shows!

For the first time ever, Manila Ocean Park brings the most adorable penguins to Manila too! Visitors can watch and interact with real-life penguins in the various shows and activities offered. 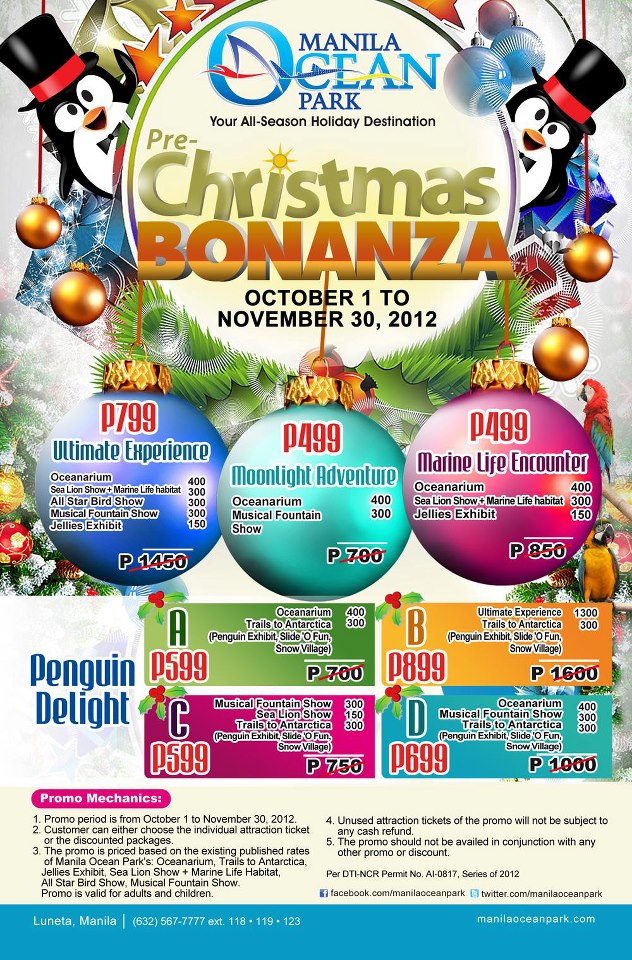 Pasko Fiesta Davao 2012. TheCity Government of Davao offers a month-long Christmas celebration. Paskong Fiesta 2012 will be having its grand opening on December 7, 2012 at the Rainbow Drive of People’s Park starting at 5pm.

The park will be converted into a jolly Christmas Park where Davaoenos and visitors can enjoy sceneries decorated by colorful lighted parols and in which they could hear traditional Christmas jingles being played.

Along with the grand opening, various competitions will also be launched such as:

The City Government of Davao has allotted Php 1,926,000 in cash as prizes to the said competitions. One of the highlights of Paskong Fiesta 2012 is the first ever Christmas Lights show in the Grand lawn of People’s Park, which will start on December 21, 2012 until January 1, 2013. The show will play every night.

The display is located at the Ground Floor, North Wing Atrium of SM City Cebu.

Silahis ng Pasko Baguio 2012. The summer capital of the Philippines offers its longest running, most meaningful and enjoyable Christmas offering in the city with Silahis ng Pasko. Now on its 39th year, the event includes the ff. activities:

* PMA Cadet’s Day at the Park with the Silent Drill Exhibition at Burnham Park and Band Concert at George Malcolm Square (People’s Park) on December 9, 2012

* Quest for the Baguio Lucky Christmas Family belonging to the indigent families in the city of Baguio where red carpet reception, accommodation, sightseeing tours and more surprises awaits on December 7 until December 10, 2012.

* The “Special Day for Special People” is a day for the differently abled persons can highlight their talents and physical capabilities in sports activities like a walkathon, wheelathon and chess. It will be held on December 15, 2012.

* The Children’s Palaro will be for the children to socialize and enjoy at the People’s Park on December 15, 2012.

* A Christmas Cantata for city folks to watch and enjoy on December 15, 2012

Silahis ng Pasko 2012 aims to promote the city’s tourist destinations and talents of its residents. It also aims to create unity and camaraderie among the people of Baguio and to give joy to everybody most especially to the children and less fortunate. Ayala Enchanting Lights and Sound Show @ Ayala Triangle Makati. From November 16 to December 30 2012, folks can watch the lights come to life at the Ayala Triangle Gardens. The show runs every 30 minutes from 6:00 to 9:00 pm.  Folks can expect beautiful light decorations and music by award winning lighting designer Voltaire de Jesus and composers Mikey Arnistoso and Jass Nicholas. Magical orbs will seemingly fall from the sky while dancing to popular Christmas music as lasers and artificial smoke/fog will surround visitors. What is the best part about this event? It is free! 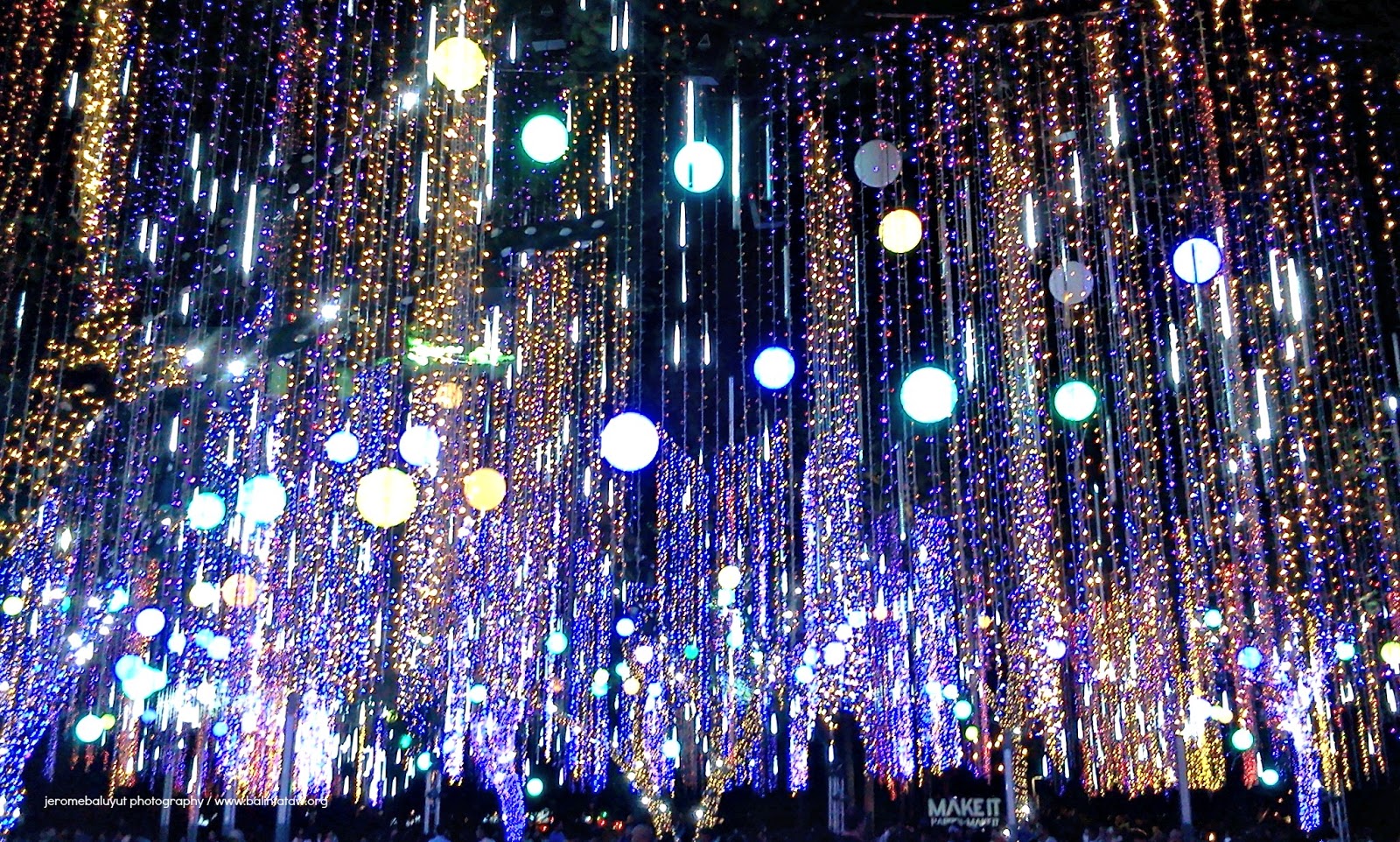