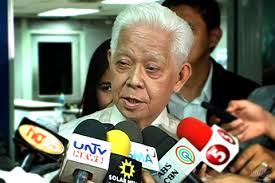 MANILA, Philippines – The Commission on Elections (Comelec) has ordered its regional election directors to closely monitor vote buying throughout the country as the May 2013 elections draw closer.

Chairman Sixto Brillantes Jr. on Monday presided over a coordinating conference attended by the Comelec en banc, senior staff, and regional election directors, where they discussed preparations for the upcoming elections.

“There are several forms of vote buying … it is really very difficult to monitor,” Brillantes told reporters in a briefing after the conference.

He said that the giving of goods, such as uncooked rice or grocery items, can become a form of vote buying if these are too valuable.

“If you are giving away something very valuable it becomes a form of vote buying, so we are discussing the possibility of putting a cap on certain amounts,” Brillantes said.

He said that certain election gimmicks where small items are given away such as shirts, lighters, face towels, umbrellas, etc. are no longer prohibited. But they are looking at the giving away of items that are too expensive.

“We are trying to determine a cap on it, like the giving away of rice, if they are giving away sacks of rice, it’s no longer an election gimmick,” he said.

Commissioner Grace Padaca also said that she received reports about rice and groceries being readied for distribution to the voters as early as Monday.

Brillantes said that they were aware of the usual vote buying method of giving envelopes with cash the night before election day.

Newly appointed commissioners Al Parreno and Luie Guia attended the conference as an observer. They are likely to take their oath of office within the week, Brillantes said.