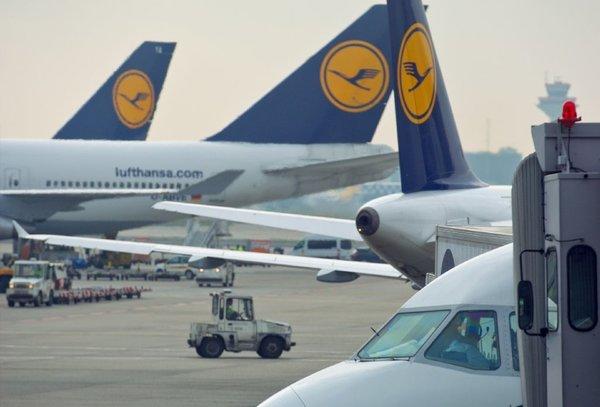 Lufthansa flights to and from Frankfurt were among those affected by Hurricane Sandy.

Service to Europe was among the air travel disrupted by Hurricane Sandy, with the full impact still to be seen. Bloomberg reported that Europe’s No. 1 hub, London Heathrow, had 59 cancellations on Monday, including 47 departures and 12 arrivals. The news service said flights involving at least half a dozen U.S. East Coast airports will be affected.

The Associated Press reported that Frankfurt airport canceled 12 flights, with German carrier Lufthansa scrapping three to the Northeast and one out of Newark. British Airways had to cancel all its flights a total of 20 — to and from New York, Newark, Baltimore, Washington, D.C., Boston and Philadelphia.

Because about 25% of all U.S. flights pass through New York each day, the impact was reaching to all corners of the globe.

Disruptions were also spreading to Asia, where airlines canceled or delayed flights to New York and Washington from cities that are major travel hubs, such as Tokyo and Hong Kong.

According to the AP, eight flights out of Tokyo’s Narita International Airport to New York, Newark and Washington were canceled Monday.