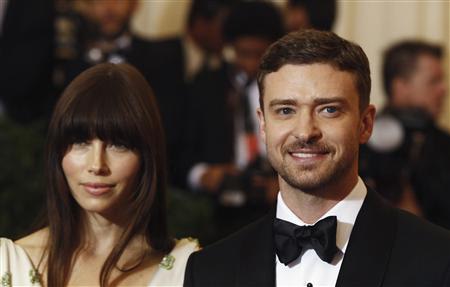 “It’s great to be married, the ceremony was beautiful and it was so special to be surrounded by our family and friends,” the couple told the U.S. celebrity magazine in an exclusive statement.

People said it would carry full details of the wedding, including exclusive photos, in next week’s edition.

“Sexy Back” singer and actor Timberlake, 31, and “Total Recall” actress Biel, 30, have been dating on and off since 2007. They announced their engagement at the beginning of 2012, and carefully shielded the details of their nuptials from the public.

The pair have been in southern Italy for much of the week, partying with friends and wedding guests on a beach before exchanging vows. It was not immediately clear on which day the ceremony took place.

Tennessee native Timberlake, who rose to fame in the boy band N’Sync, forged a successful solo music career before moving into films. He played Napster founder, Sean Parker, in the Oscar-nominated Facebook film, “The Social Network” and more recently starred alongside Amy Adams and Clint Eastwood in “Trouble With The Curve.”

Biel, who was born in Minnesota, started her career on U.S. television in the long-running family drama “7th Heaven.” She broke into movies with a starring role in the 2003 remake of horror flick “Texas Chainsaw Massacre” and has since been seen in “The A-Team” and “New Year’s Eve.”