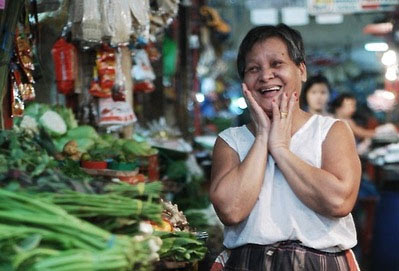 Malacanang expressed elation over the latest Social Weather Stations’ survey showing that 4 out of 5 Filipinos or 81 percent are satisfied with their lives, a Palace official said on Tuesday.

The Aquino administration thanks the Filipinos for their overwhelming trust, confidence, and support in the government, Presidential Spokesperson Edwin Lacierda said during the regular press briefing in Malacanang on Tuesday.

Ninety-five percent of those surveyed among the Class ABC on the income scale were satisfied with their lives, according to the survey. The survey also indicated that the rates of life satisfaction were quite high at 82 percent (Class D) and 74 percent (Class E).

The fourth quarter 2012 survey conducted among 1,200 adults nationwide on Dec. 8 to 11 showed that of the 81 percent, 33 percent were “very satisfied” and 48 percent “fairly satisfied,” the SWS said.

Lacierda assured the people that the government would continue to undertake reforms and anti-poverty initiatives to provide for better lives.

“As you know, we continue to improve our efforts in good governance as well as to serve our countrymen,” Lacierda said.

Lacierda said the sound macroeconomic fundamentals could be one of the factors for the survey’s positive outcome.

Lacierda noted that the government has already taken significant steps to achieve its goal to further improve the country’s business climate.

The Philippines has finally won its much-coveted investment grade status from the Fitch Group, one of three major international credit rating agencies that assess the government’s ability to pay back its debt and the chance of non-payment.