A new role for sleep and body clock resets

Scientists have found a new explanation for why we sleep – for a spot of housework.

As well as being involved in fixing memories and learning, it seems the brain uses sleep to wash away the waste toxins built up during a hard day’s thinking.

They think failing to clear some toxic proteins may play a role in brain disorders such as Alzheimer’s diseases.

Meanwhile, a separate group of researchers think it may be possible to slow the decline in memory and learning as we age by tackling poor sleep.

And there is no doubt about the impact a poor night’s sleep has on the whole body. The activity of hundreds of genes was altered when people’s sleep was cut to less than six hours a day for a week.

Of course you could blame the moon after a “lunar influence” on sleeping patterns was discovered. It showed that the extra light from a full moon makes it harder to sleep.

There may be good news on the horizon for shift workers and jet setters who will be intimately familiar with the pains of having a body clock out of sync with the world around them.

A team at Kyoto University has found the body clock’s “reset button” inside the brain.

They tested a drug which let the body clock rapidly adjust to new timezones, instead of taking days. It brings the prospect of drugs to avoid jet lag much closer.

However, most were confined to the beginning of the year when the virus first emerged. Closing live poultry markets in affected areas has largely cut the spread of the virus.

And Saudi Arabia is at the centre of an outbreak of Middle East respiratory syndrome coronavirus. The animal source of the virus has not yet been confirmed, although camels are a likely culprit.

Meanwhile, polio has returned to war-torn Syria for the first time in 14 years.

And in the UK, an outbreak of measles infected 1,200 people – as a result of a drop in vaccination during the completely unfounded MMR-autism scare a decade earlier. The World Health Organization warned Europe risked failing to meet its pledge to eliminate measles by 2015. 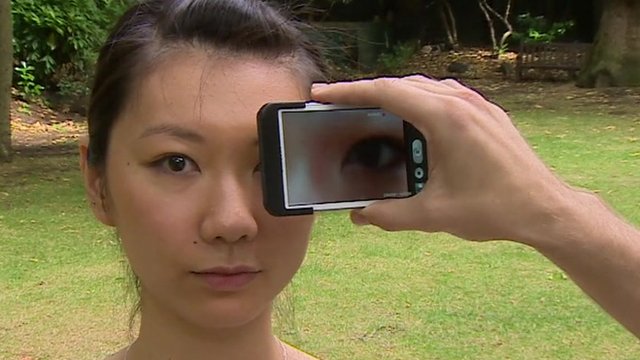 The mobile app in action: Scanning the back of the eye

There were many interesting one-off stories this year too – some serious, some not…

A modified smartphone is being tested in Kenya to see if it can prevent blindness in some of the poorest parts of the world.

Doctors warned that antibiotics were running out and could lead to an “antibiotic apocalypse”.

Scientists claimed a milestone moment for cancer after finding 21 major mutations behind that accounted for 97% of the most common cancers.

There was a shift in understanding psychiatric disorders when it was shown autism, attention deficit-hyperactivity disorder, bipolar disorder, major depressive disorder and schizophrenia all shared several genetic risk factors.

A surgical knife which can sniff out tumours was developed to improve cancer surgery. 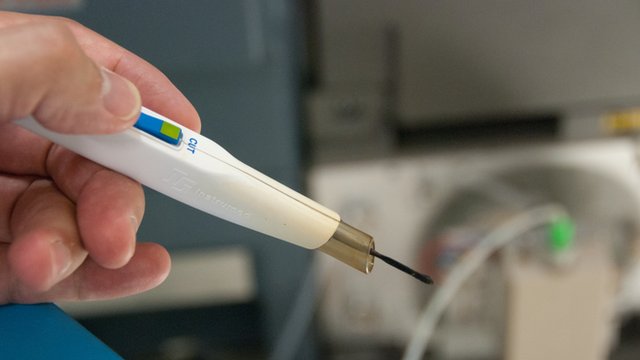 New teeth have been grown out of the most unlikely of sources, human urine.

A treatment to banish bald spots is a step closer after human hair was grown in the laboratory, however, there are still engineering challenges to get the hairs the same shape, size and as long as before.

Another thing to blame your parents and grandparents for…behaviour can be affected by events in previous generations which have been passed on through a form of genetic memory.

A wheelchair was controlled with a pierced tongue.

The UK’s first hand transplant took place in Leeds while in China a severed hand was kept alive on an ankle.

Lullabies may help sick children by reducing pain and improving their wellbeing.

And finally….James Bond’s sexual prowess was seriously questioned with doctors describing him as an “impotent drunk”.