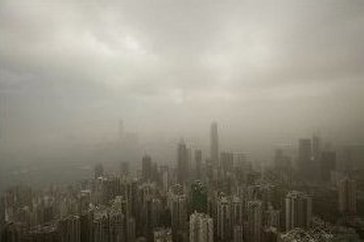 MANILA, Philippines – The Philippines has set the air quality standard on particulate matter measuring 2.5 micrometers in diameter and smaller, or commonly known as PM2.5, in a bid to ensure public health, a senior government official said today. According to an order issued by the Environment and Natural Resources Secretary Ramon Paje, PM2.5 was set at 75 micrograms per normal cubic meter (?g/Ncm) for an average of 24 hours or short term, and 35g/Ncm for an average of one year or long term, starting from the order's effectivity until Dec. 31, 2015. The order provides tougher standards after 2015. Effective from Jan. 1, 2016, the National Ambient Air Quality Guideline Value (NAAQGV) for the short and long terms will be at 50 and 25g/Ncm, respectively, Paje said. PM2.5 is a fine particle found in smoke and haze, and can be directly emitted from sources such as forest fires or they can form when gases emitted from power plants, industries and vehicles react in the air. Once inhaled, these particles can affect the heart and lungs and cause serious health problems.