Pippa Middleton: It's 'Startling' To Be Famous For My 'Bottom' 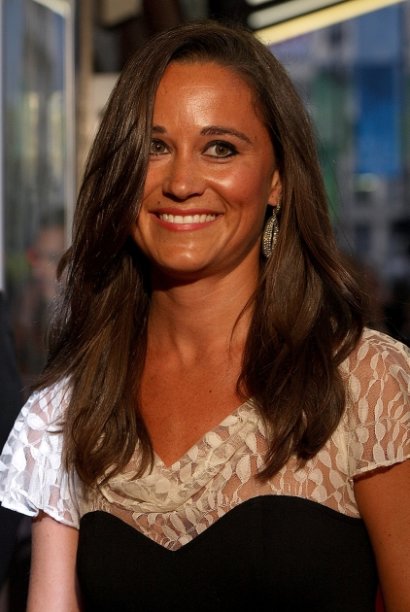 As the sister to Britain's Duchess of Cambridge, Pippa Middleton was thrust into the limelight during 2011's Royal Wedding frenzy.

The 29-year-old's fashion — and backside! — were an instant hit with Royal watchers, something Pippa still isn't quite used to.

"It is a bit startling to achieve global recognition before the age of 30 on account of your sister, your brother-in-law and your bottom!" Pippa writes in her new book, "Celebrate," as excerpted by the UK's Daily Mail. "One day I might be able to make sense of this. In the meantime I think it's fair to say that it has its upside and its downside."

The glamorous gal said she's "by nature an optimist," which allows her to focus on the perks of her sudden fame, versus the inevitable downfalls.

"I certainly have opportunities many can only dream of – but in most ways I'm a typical girl in her 20s trying to forge a career and represent herself in what can sometimes seem rather strange circumstances," she wrote.

Pippa, an event planner, hopes to introduce her true self to the public through her new party-planning book, as most of what the world knows of her at this point has been via press reports.

"I can assure you that it feels even stranger to me than it probably does to you to have seen so much written about me when I have done so little to paint a picture of myself," she wrote. "This is my first chance to do that and I've enjoyed every minute of it."

"Celebrate: A Year Of British Festivities For Families And Friends" is available for pre-order now and will hit stores on October 30.