The Origin of the Filipino Language (Wikang Filipino) 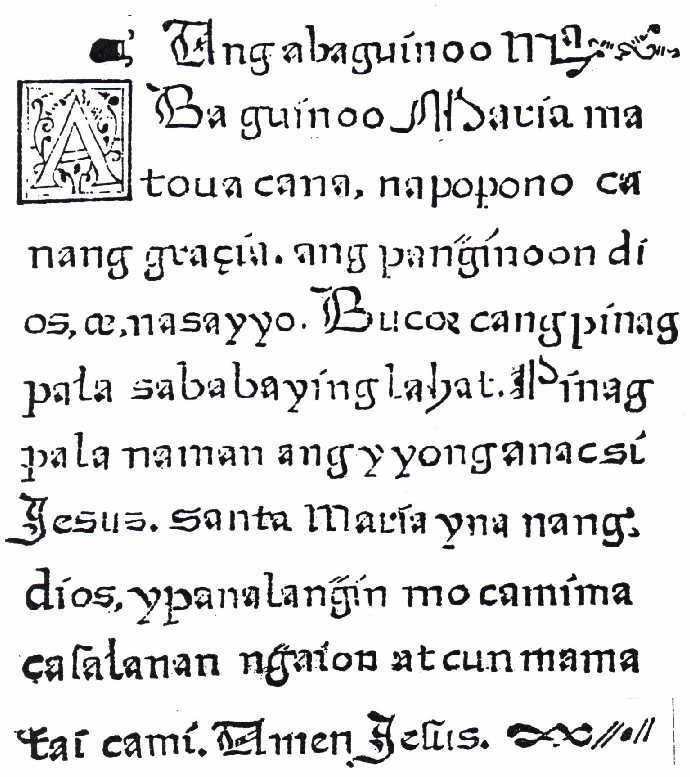 Since the Philippines is an archipelago of 7,107 islands, most regions speak various dialects with some or many similarities to each other. Tagalog is spoken by 33% of the population and is widely spoken in the capital of the Philippines, Metro Manila.

The history of the Tagalog language remains obscure but many scholars suggest that the Tagalog people inhabited Northeastern Mindanao or Eastern Visayas.

The earliest evidence of written Tagalog dated from about 900 AD in the Laguna Copperplate Inscription, the oldest written document found in the Philippines. The inscription contains an assortment of early or pre-colonial languages like Sanskrit, Malay, Javanese and Tagalog.

When the Spanish arrived in the 1600s, they discovered that there was no uniform language in the country. Instead, the natives relied on three vehicular languages: Tagalog, Ilocano, and Visayan. As a way to standardize and form a unifying language among the indios or native Filipinos, the Spanish introduced Latin scripts to the country, Tagalog language manuals and Tagalog vocabulary guides. Because of Spanish colonial rule,many Spanish words were integrated and embedded in the Tagalog vocabulary. Today, colloquial Tagalog vocabulary consists of 40% adopted Spanish words and Tagalog words derived from the Spanish language.

1. Tagalog was widely spoken and was the most understood in all the Philippine Regions

2. It is not divided into smaller daughter languages, as Visayan or Bicol are

3. Its literary tradition is the richest, most developed and extensive (mirroring that of the Tuscan language vis-à-vis Italian).

4. More books arewritten in Tagalog than in any otherPhilippine language, but this is mainly by virtue of the law

5. Tagalog has always been the language of Manila, the political and economic centre of the Philippines during the Spanish and American Eras;

6. Tagalog was the language of the 1896 Revolution and the Katipunan.

This selection caused many disputes and uproars among Filipinos. Non-Tagalog speaker found it unfair that the native language of the ethnic Tagalog community was established as the national language of their country. They perceived it as a cultural threat and a means of domination by the Tagalogs against other regional groups.

To appease other regional groups, the government took the initiative to establish Pilipino as simply a distinct autonomous language and disassociated with the Tagalog ethnic group. By the 1970s, however, the newly ratified Philippine constitution replaced Pilipino with Filipino as the national language. The change to Filipino recognized and embraced the existence of many English and Spanish derived words and letters including as f, j, c, x and z in common Philippine vocabulary.

In practical terms, although Tagalog and Filipino are synonymous, Filipino is not limited to native Tagalog words. Filipino acknowledges the influence and contributions of other foreign languages, such as Spanish and English, to the Philippine language. For example, in Filipino it is acceptable to say silya (a Spanish derived word for “chair”) yet a native Tagalog-speaker might prefer to say salumpuwit (literally “that to support the buttocks) instead.