FFE Magazine > Life and Lifestyle > Christmas Section > What Do People Eat for Christmas Across Europe?

What Do People Eat for Christmas Across Europe? 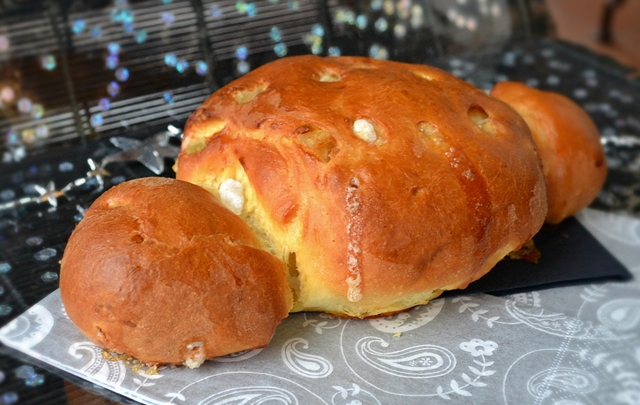 Belgium’s most popular Christmas food is the cougnou. It is a sweet bread formed in the shape of the infant Jesus. Cougnou is usually given to children on Christmas day and is eaten with a cup of hot chocolate.

The Dutch like to decorate their Christmas trees with food. Known as the kerstkransjes, these Christmas wreath cookies are a few of the pastries that they seem to love during the Christmas season. Others include the Banketstaaf or pastry logs filled with sweet almond paste, Jan Hagel or flaky Christmas cookies, and the Speculaas or spiced cookies.

Old-fashioned favourites like deep-fried pastry balls, similar to American donuts, and apple beignets are sold in the streets.: Christmas marks the end of a month-long fast for most Greeks. Starting from 24 December to 6 January, this twelve-day memorial period is also a tribute to loved ones who have passed away. To celebrate this event, household pigs are slaughtered and cooked into many kinds of pork dishes (sausages, cured ham, roast pork, etc.) These dishes are typically eaten with a bowl of egg-lemon soup and their ceremonial bread, the Christopsomo or Christ’s bread. In many regions, the Christopsomo is distributed to feed the hungry during Christmas day.: Christmas food in Italy varies from region to region but there are some common dishes. Generally, Christmas eve is a day of abstinence from meat so Italians prepare several seafood dishes instead. Some of the Christmas delicacies include crostini with liver pate, tortellini in chicken stock, zampone or a pig’s foot filled with spiced minced meat, among others.

For dessert, Italians enjoy torrone or nougat, panetonne or a traditional sweet loaf originally from Milan, and panforte or gingerbread with hazelnuts, honey and almonds. Most Italian Christmas desserts contain different kinds of nuts because they are believed to increase a woman’s fertility.:

Similar to Italy, Spanish food varies from region to region. However, there are many similarities in these regional delicacies. The Spanish like to celebrate Christmas with different kinds of meat and shellfish. Shrimp, lobsters and langostinos are enjoyed on 24 December when they abstain from eating meat. Feasts featuring whole suckling pigs, roast turkey and lamb, as well as Jamon or dry cured ham resume the next day.

Popular Christmas desserts found in almost every Spanish household include turron, polvorones, mazapan and mantecados. Turron is derived from Moorish (Arabic) cuisine and remains to be one of Spain’s favorite sweets during the winter holiday. Old tales say that the King of Spain once considered it so precious that he warned his cooks not to be so generous with it or else pay the consequences!